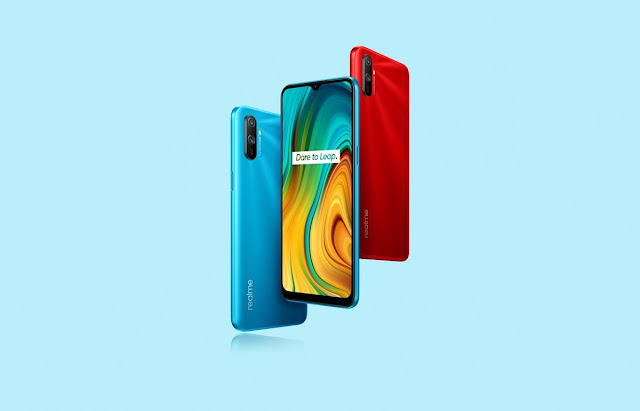 Mediatek Helio G70 powers the device coupled with either 3 GB or 4 GB of LPDDR4X RAM. And accompanied with 32 GB or 64 GB of internal storage respectively. Realme UI on the top of the Android 10-based ColorOS is available in the software section of the device. It’s a first smartphone to feature company’s brand new custom UI out of the box. Moreover, with bold colors, high saturation and contrast.
The phone comes with 6.5-inch HD+ display with slim bezels and a water drop notch. Housing 5 MP camera in front notch. Main camera setup includes a 12 MP f/1.8 PDAF shooter along with 2 MP f/2.4 depth sensor. There’s also a triple card slot to ensure that you don’t have to sacrifice on a second SIM card for extra storage.
Realme C3 can play audio through the phone’s 3.5 mm audio jack as well as Bluetoooth simultaneously considered to be dual music share. The phone consists of 5,000 mAh battery and weights 195 grams with enabled reverse charging on the phone, but it has microUSB connector.