Home News Motorola leaked stylus pen, Possibly Moto G stylus
Facebook
Linkedin
Twitter
ReddIt
WhatsApp
Telegram
Viber
Pinterest
Email
Motorola plans to release a new smartphone with a stylus pen. A device with a brand new design has been leaked online and could be called  Moto G Stylus. Motorola released the Moto G7 android phone in the first quarter of 2019. This hints that a new Motorola phone with a stylus pen would be joining the fleet of android phones in no time. In addition, in the war of android phones market, the Lenovo inherited company is in the buzz for dealing on its flagship model Motorola Edge+. 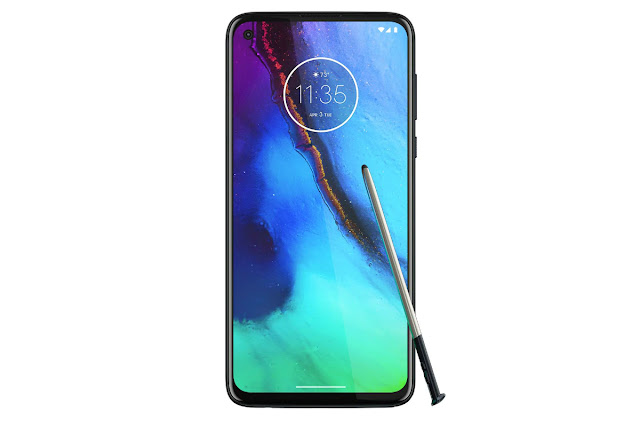 A reputed informant Evan Blass showcased the Motorola phone with a stylus on Twitter @evleaks but, Blass doesn’t add any sort of information about the phone. Moreover, the leak reveals curved protection glass and its hole-punched design. The rumored android phone seems to be an introductory Motorola phone releasing the current year.
As per the Radio Equipment List (REL) on the Government of Canada Moto G stylus hints model number XT2043-4. Canadian authorities on January 3 and the United States Federal Commission (FCC) approved it with the same design number. On the other hand, Motorola hasn’t declared any kind of notes so far.
Blass also gestured at the advancement of the Motorola Edge+. His recent tweets also suggests that the android phone will be secured by Verizon lock with a hole-punched display. Following the leaks, the Motorola Edge+ could be its flagship device. Also Blass clearly stated that the Moto G stylus wouldn’t be associated with Motorola Edge+.

Mobiles To Be Manufactured And Assembled in Nepal