Home Smartphone Moto G8 Power and Moto G Stylus || Launched
Facebook
Linkedin
Twitter
ReddIt
WhatsApp
Telegram
Viber
Pinterest
Email
Motorola announced two mid-range phone Moto G8 Power and Moto G Stylus ahead of MWC 2020. Starting with the Moto G Stylus, it comes with a stylus as you could have guessed from its name. While the Moto G8 power comes with a large 5,000 mAh battery. Both the phones runs on Android 10 with a stock interface. With the packing 6.4” display, Snapdragon 665 chipset and Dolby tuned dual stereo speakers. 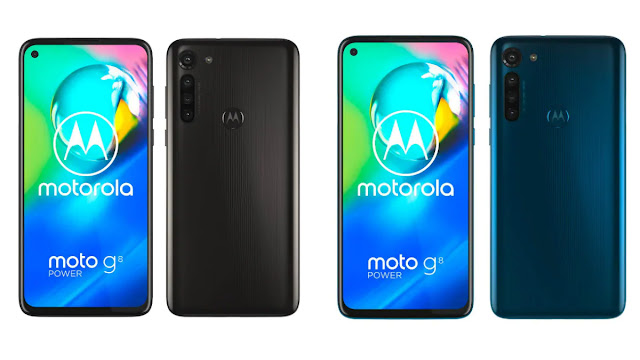 Moto G8 Power packs 6.4” full-HD+ (1080 * 2300 pixels) max vision display 85% screen to body ratio. Display consist of a hole punch design at the top left corner of the screen. The punch hole houses a 16 MP shooter with an aperture of F/2.
G8 Power houses a four rear camera modules at the back including 16 MP main shooter with an aperture of F/1.7 paired with 8 MP wide-angle lens of F/2.2 aperture with a 118 degree field of view as well as an 8 MP telephoto shooter of F/2.2 aperture with 2X optical zoom and 2 MP F/2.2 macro shooter. It comes with 5,000 mAh battery which comes with 18W charger in the box.
Snapdragon 665 chipset is used to power the device paired with 4GB of RAM and 64GB of Storage that is expandable via a microSD card up to 512GB. Android 10 the software used in the device. The device consist of rear-mounted fingerprint reader. Moto G8 power comes in Capri Blue and Smoke Black colors

Moto G Stylus is built around the same 6.4-inch full-HD+ (1080 x 2300 pixels) Max Vision display with 399ppi pixel density and 19.17:9 aspect ratio. The screen has a punch hole to house a 16MP F/2 aperture selfie camera.
G Stylus features triple rear camera with a 48MP main shooter with F/1.7 aperture accompanied by 16 MP ultrawide action camera with an F/2.2 aperture and a 2 MP camera and a laser autofocus module as well. Fingerprint reader is placed at the back of the device.
Moving on we have the Snapdragon 665 SoC along with 4GB RAM and 128GB storage which can be expanded via the microSD up to 512 GB. On the software side it consists the Android 10. 4,000 mAh battery pack is available to power the device with 10W charging over USB Type C. 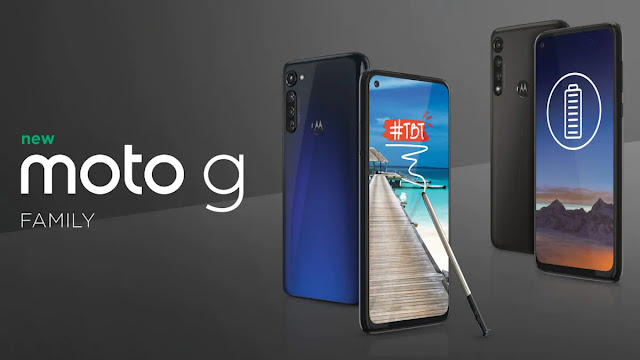 Bluetooth 5.0, Hybrid Dual SIM slot, 3.5 mm headset jack along with the stylus are other feature of the device. Moto Note app comes pre-installed in the device which allows you to jot down noes and sketches.