Home wheels Hero Electric Bike | Eco-Friendly Future Bike | AE-47
Facebook
Linkedin
Twitter
ReddIt
WhatsApp
Telegram
Viber
Pinterest
Email
Hero is one of the top leading motorcycle brands in India and also some parts of Asia. Hero has reached in so many business categories and even with the electric two wheeler vehicles. Its been 10 years now that Hero had came up with an eco-friendly automobile in India. From past 10 years, Hero electric is leading the India’s two wheeler electric vehicle brand. And after 10 years, Hero again stamped to give competition for new electric bikes. 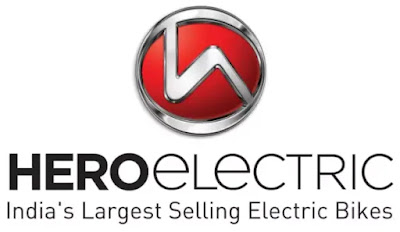 For past 10 years, hero had only produced the e-scooters in the country. But now with the future environment improvement, there are many other electric two wheeler companies running in the market. Not only the eco-friendly future vehicle, there is a competition on the electric two wheeler market. And now after series of e-scooter in the market, hero came up with a new product and surely, it’s a e-bike.
From 2020 AutoExpo in India, we got to see the new e-bike manufactured by the Hero Electric. Being a e-bike and manufactured from the Hero Electric company, the new e-bike is an eye seeker. Many of the visitors got their attention seek towards the new Hero Electric’s e-bike the AE-47.
Hero Electric’s first electric motorcycle AE-47 is now smash up the power. And offers a sporty look that hopes to surprise riders in a good way. The new Hero Electric AE-47 is said to be faster than their in-market e-scooters. And also a possible competitor electric motorcycle in the Indian market.
It may be faster than other e-scooter of hero electric, but it will not be a highway vehicle. In spite, it will be the best electric vehicle in the city roads. The AE-47 electric was unveiled at AutoExpo 2020 with listed top speed of 85 km/h (kilometer per hour). Which is equivalent to 53 mph (miles per hour). Phew, it is faster for a city ride. The AE-47 has the 4 kW (kilo watt) rear hub motor which is equivalent to 5.3 hp. 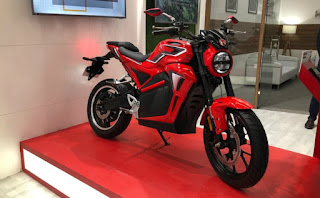 The MD of Hero Electric, Mr. Naveen Munjal said, “This is positioned as a slightly premium product from our portfolio, and while we will continue to focus on mass market electric vehicles, the AE-47 is a product which existing customers can aspire to upgrade to. It is a high-performance electric motorcycle and has a top speed of close to 100 kmph, and it’s a product which is premium and aspirational. Considering the strength of our network, we have lots of hopes on our new product range,“.
The AE-47 was unveiled on 5th February, 2020, at AutoExpo 2020 India. But the pricing information hasn’t been released till now. Some experts estimated the price for AE-47 will fall below US $1500. This means, the price will be below INR 1.25 lakh in Indian market. It seems like it’s a valuable price for this bike. The experts came up with this estimation by comparing with the neck to neck competition, Product Revolt RV400. The Revolt RV400 is priced around US $1,300. 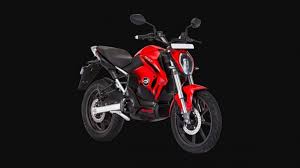 As the competition for Hero AE-47 Electric is Revolt RV400, the Revolt RV400 is already making deliveries. Hero AE-47 Electric has similar speed as like Revolt RV400 and also, they have identical range of 160 km in a single full charge. Revolt is also an Indian company so, the competition on the Indian market will be very nip and tuck competition. Both electric motorbikes are small electric motorcycles designed for city shuttling, but with satisfactorily large battery capabilities that can go for few days without recharging in most cases.
Hero Electric came lately with the electric motorcycles, whereas Indian market is getting few more powerful electric motorcycles very soon. As like Hero Electric and Revolt, there is a company named Ultraviolette developing a sport electric bike in India which can go up to 120 km/h which is 75 mph. Ultraviolette seems to be the India’s first production electric sport bike. Similarly, there is another company known as Emflux which is also another Indian electric two wheeler company. And Emflux One is trying to give more powerful e-bikes in India which will be capable of doing 200 km/h. 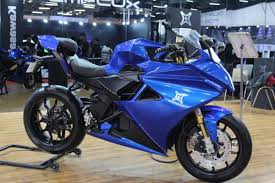 So, it is a competitive market, we will be seeing more of the electric machines to move our soul. Currently, these companies are focusing on to produce these electric bikes in India, but will spread in other countries as well. 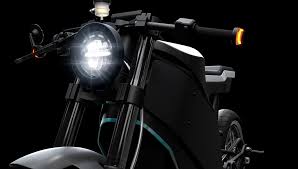 Honda CB200X launched in India as one of the affordable ADV...

Honda teased out new budget ADV bike which might be Honda...