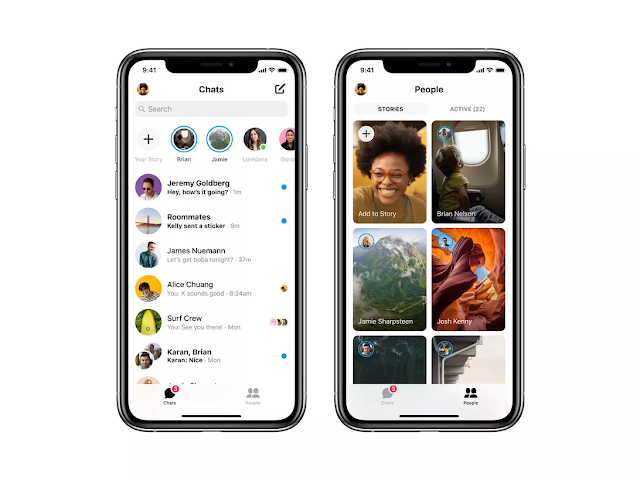 Facebook has built a newer version of the Messenger for iOS. The company has been working on Project LightSpeed: Lightweight Messenger where it’s rewriting the code since last year. This version of Messenger is said to be simpler, smaller in size and faster than current version. The company claims that the new Messenger would be twice as fast to launch as it used to be and the size has also been reduced to one fourth the size.
The app will be simpler to use. The app previously had 1.7 million lines of code, but now the number has been reduced to 360,000 by simplifying codebase by 85% in comparison. Thus, t makes the app lighter, more responsive and provides 2x faster speed to the app.
Due to the reduction in the code some features may be temporarily unavailable. The company has not confirmed which of the features will be unavailable.
According to the report by TechCruch, the new version (Lightweight Messenger) won’t feature Discover tab which represents various business, chatbots and instant games. However, Facebook has stated that the dumped features will be re-introduced soon in the Messenger for iOS. But the company hasn’t officially revealed the names of the features that will be removed in the latest version.
Messenger for iOS is expected to launch in the upcoming weeks but the released date hasn’t been disclosed.

iQOO 3 5G will be launched on February 25

Nokia: Could Captain America be Smartphone?

International Payment in Nepal: Is it Possible? What’s Missing?